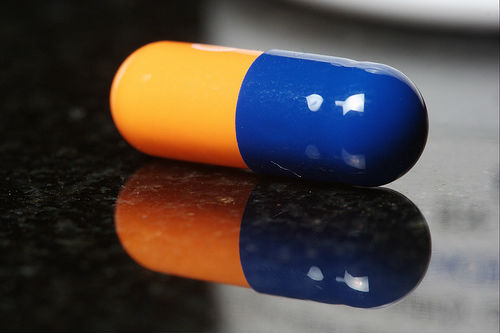 From the New York Times:

Into the Omnibus Risk Estimator you enter nine variables, including age, sex, total cholesterol and systolic blood pressure, and the estimator returns your 10-year and lifetime risks of stroke, heart attack or death from cardiovascular disease. With these data, you and your doctor decide whether to invest in a lifetime of daily therapy with a statin pill.

The article talks about how doctors are moving away from simply looking at your cholesterol levels to prescribe statins and instead use a multi-factorial statistical method that almost works like a credit score for your health.

I have to admit, reading this gave me very mixed feelings.

How useful are Statins Anyway?

My specialty is not pharmaceutical drugs and how they work.  However, it’s not hard to find a lot of research on statins.  There are decent meta-analyses here, here, and here.  (Yes, I know the last one was funded by a pharmaceutical company…..disregard it if you want).  The Cochrane library has good things to say about them as well.

In general they appear to be safe and relatively effective at doing their stated biological function, which is to inhibit HMG-CoA reductase in the liver.

However, my problem with pharmaceutical drugs isn’t in their narrowly defined clinical effectiveness.  I’d guess most of them are very innovative in their design and implementation.  It’s the fact that drugs are by definition a substance that acts on a specific mechanism in the body, and the conditions they’re used to treat are usually due to multiple causes.

This makes it very difficult to pin down a cure for someone without introducing other problems that then require a greater variety of medications in order to treat them.

In a sense, committing to medication to solve your problems is sort of going down the rabbit hole, because you’ll end up attempting to re-create a natural regulatory system with a synthetic one, which is very difficult to do.

This explains my subjective experience with the elderly very well.  Most of them seem to spend the last decade of their lives hopping from one doctor to another as they collect more and more pills to take, many of which are used to treat the second order effects of previous medications.  Over time, the results can get ugly, and I think doctors subconsciously learn to disregard the concerns of their patients to better fit their priors about how their recommendations are supposed to work.

I personally can’t stand the idea of going through that for myself, but many of the elderly seem to be resigned to this fate.

Are They Over Used?

It’s been years since I’ve taken a prescription medication, so I was a little shell-shocked when I began to read about how widely statins are used.

Here’s a great graph from the Harvard Health Blog on statin use the last 20 years:

30 million people currently take a statin, which is about 1 out of 4 adults!

The amount of money spent on them has increased from 7 to 19 billion in the last decade.

During this time the LDL cholesterol limit which has been deemed “too high” has dropped 100 to 70, which theoretically expands the number of people who “ought” to be taking one from about 30 to 70 million.

The idea behind this is “predictive medicine”, but statins also seem to exhibit less effect the healthier you are, so it’s hard to forecast how much help they’d actually do, even if you don’t account for the first rule of medical ethics.

And of course, statins like Lipitor have etched their claim to fame by lowering LDL cholesterol, but it’s not a slam dunk that’s the key to heart health.