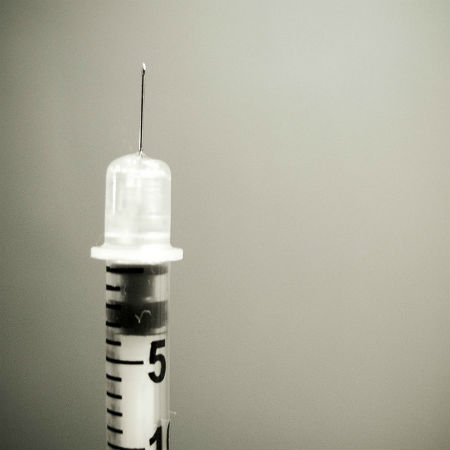 Warning:  I’m not a doctor and nothing I say in this article should be construed as medical advice.  I’m merely presenting my own opinions.  I always recommend people seek out their own answers on issues like these, and please take my information as one piece of your puzzle.

Diabetes isn’t a condition you can treat with medicine. At least not in a way that’ll truly allow you to feel your best.  It’s causes are absolutely rooted in lifestyle (with a little big of genetic predisposition thrown in), and its cure ultimately relies on the same channel.

Type II diabetes is the more prevalent form of the disease, and its presence and effect is both ubiquitous and misunderstood.  While Type I is the result of an autoimmune disorder that causes your body to obliterate its own pancreas, Type II is almost entirely due to the choices made at the menu and grocery store.  Poor food choices result in persistently high blood sugar levels, which eventually results in your body’s inability to respond to insulin, the chemical responsible for sweeping energy and other nutrients out of the blood and into its cells.

An inability to respond to a particular peptide within your body might seem like an academic point that shouldn’t have to get in the way of your enjoyment of the Big Kahuna burger you’re about to indulge in, but insulin’s powers as a cosmic life force are greatly under-appreciated.

If you had to make a list of what makes the world go round it should look like this:

Let’s go over the widespread effects that happen when your body can’t process insulin the way it’s supposed to:

Stats taken from the Encyclopedia of Natural Medicine.

To me that all sounds truly awful.  At their root they’re caused by insulin resistance, which is most commonly manifested as type II diabetes.  Insulin is at least a billion years old, and at least some form of it is found in practically all living organisms, even down to lowly bacteria.  To lose your ability to respond to insulin is to lose your body’s ability to monitor itself.

And please understand that diabetes isn’t a sickness that you “catch” like the flu.  It’s a condition that you develop over time, and for every person that’s diabetic, there are 3 more that are developing diabetic like symptoms.  26 million people are type II diabetic and it’s estimated there are 79 million more who are pre-diabetic.  Whether or not someone officially goes over the hump depends on a few variables.  People who are genetically susceptible to the disease might accidentally find themselves in the express lane without knowing it.  Someone who exercises a lot might be able to put off developing the disease until their fifties or sixties despite their sugar addiction.  Others might contract another lifestyle disorder and begin taking medication for that before they can be diagnosed.

But in any event there can be no doubt that diabetes (and insulin resistance more generally) is a widespread and subversive problem that eats away at the roots of basic human functioning.  It’s a big deal.

The Limits of Treatment

For better or worse, diabetes really is a lifestyle condition.  You can take drugs, but it’s probably not going to have the same impact as changing the way you make decisions.

Intuition would suggest this is true, and scientific observation cements it as truth.  In a famous study published in The New England Journal of Medicine in 2002 a group of 3,234 people with impaired glucose tolerance were randomly assigned to a treatment with a placebo, the popular drug Metformin, and monitored lifestyle intervention.  The people who did the lifestyle change had results that were 58% better.

So improving your diabetes really does come down to certain unavoidable truths.  Those are the facts.

The Role of Nutrition and Supplements

We can safely conclude popping pills won’t get you to where you want to go (at least not entirely).  It doesn’t matter if you get them from your pharmacist or your local Vitamin Shoppe.  You have to reduce your intake of refined carbohydrates.  You have to have some sort of pattern of physical activity that will work for you.

But a typical diabetic patient does have elevated nutritional needs that can be difficult to fulfill through diet alone.  This is especially true if you have to endure social circumstances that are not ideal for achieving your lifestyle goals.

And  there are stacks of additional vitamins and herbs that can help reduce some of the collateral damage brought on by type II diabetes.  Insulin is indirectly involved in a lot of different physiological processes, so your body will likely be developing bottlenecks in pathways that are seemingly unrelated to blood sugar itself.  You can also help accelerate the effects of your bread and butter lifestyle changes and get the needle moving a little quicker.

When it comes to the role of vitamins, powders, supplements, herbal tonics and treating diabetes here are the important points to keep in mind:

So with that being said, here are the nine nutrients and herbs that diabetics might want to consider in order to assist themselves in managing their condition:

So far we’ve talked about different nutrients that have very specific uses in your body’s metabolic pathways which relate to insulin and glucose metabolism.

The herbs we’re going to talk about next are more complicated substances that aren’t as well studied as the vitamins and minerals we’ve listed, but they seem to have some ability to help your body lower its blood sugar levels.

It’s important to understand that the following herbs aren’t as well understood as the seven vitamins listed above, and the research surrounding them is less thorough, so it’s more difficult to make definitive yes/no decisions on whether or not it’d be a good idea for you to take these.  (For example, I did not include nopal cactus here because, despite its reputation, there does not seem to be a lot of good evidence suggesting it helps control blood sugar).

So with that said, here are the three that stand out as possibly being useful for a diabetic:

Again, I want to reiterate that the three herbs I listed above are not as closely studied as many vitamins and minerals and scientific research is notorious for being difficult to replicate.  So I would suggest using caution and tempered expectations when trying them.  And since they’re biologically active it’s possible they could interfere with medications you’re currently taking so please consult with a doctor if you have any concerns about how they might affect your existing treatment.

I want you to help yourself, and not inadvertently hurt yourself by trying something you shouldn’t.

Again, I also want to reiterate that diabetes is a disease lifestyle .  Lifestyle changes have to be your first step.   Everything in this article will have a secondary effect.

I’d also like to point out that the majority of my research for this article came from the third edition of the Encyclopedia of Natural Medicine, and the Supplement Goals Reference Guide from examine.com.  If you’re wondering where I got the specific amounts for the various vitamins and minerals I talked about…..now you know.

A Quick Word About Supplements

If you’re wondering where and how to supplement based on the information in this article, a good multivitamin is probably a decent place to start.  I recommend a previous article of mine on some of the best brands of vitamins.  I’d also recommend you read my interview with a supplement industry insider that offers good information.

Since vitamin E is fat soluble it might be a good idea to get that one separately.

Bitter melon is a vegetable that’s been eaten for a long time, so I don’t believe there’s anyone reason per se to believe it’s anymore or less dangerous than other produce.

Ginseng and berberine however might need to be given extra consideration before trying.  If you buy them it’ll most likely be in supplement form and concentrated doses might not be a good idea.  Also keep in mind that in the table below I list the dosage for american ginseng at 3g.  This is way more than most people take with a egular capsule.  I only list that amount in the table because it’s the amount used in the studies I referred to in this article.

The berberine supplement I like is Berberine Force by DaVinci labs.

Here’s a reference table that summarizes the different substances listed, and the dosages that created a clinically significant impact.

I hope this helps!

1 thought on “The Diabetic Action Plan: 9 Key Nutrients and Supplements”