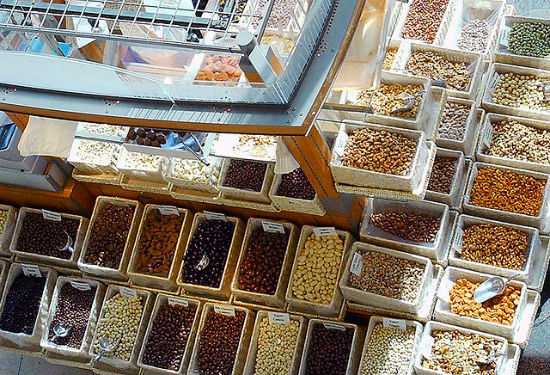 When it comes to health supplements, where you get your ingredients from is really important.  Ingredient purity can make or break the usefulness of a product, regardless of how good the formula is or what other certifications are used.  And despite what health pundits might say, there’s no seal that’s a true substitute for carefully picking your suppliers and inspecting what comes into the factories.

Almost every ingredient has a potential exposure to degradation somewhere in the supply chain no matter how much care is taken to grow it, extract it, or dehydrate it.  At some point it’s got to be put onto a freight liner, cargo van, or change hands.  Ingredient sourcing is a global supply chain almost by necessity, and small disturbances can yield catastrophic results if you’re not careful.

At the end of the day having good relationships with your suppliers and using rigorous, third-party testing to ensure purity are the bedrock of sustainable success.  Getting a lot of contaminated ingredients that you have to throw out is a toothache, but unsatisfied customers or label adherence problems are kryptonite.

So your suppliers are really important.

And the process through which they’re discovered and vetted doesn’t work in quite the same way marketing vernacular would lead you to believe.  This is both good and bad.

The bad is that health supplements aren’t sourced and manufactured entirely by agrarian farmers who toil the fields during the day and then blend their handpicked ingredients bottle by bottle.  It’s an industrial process.  The good news is that, like any other industry, divisions of labor have emerged that allow a wide range of industry participants to cooperate in order to perform the tasks necessary to make biologically potent products at scale a reality.  It costs money and a lot of attention is necessary to prevent things from going wrong, but putting together a scientifically verified product is possible by carefully piecing together the various inputs from farm to final bottle.

I found myself looking to bring new suppliers into the loop for future products, which brought me to the Ingredient Marketplace.  It’s one of the world’s largest venues for finding suppliers for the whole gamut of supplement production.  The ingredients involved include everything from extracts, probiotics, enzymes, flavors, proteins, sweeteners, all the way down to lobbyists who’ll put in a good word for the supplement industry at your local congressman’s office.

Much of the event was old hat, but any industry gathering brings new wrinkles about the world of supplements to light.

Here are the five most important takeaways.

1).  Clean Energy is the Next Frontier

No, I’m not talking about wind and solar.

When it comes to what makes people open up their wallet, fatigue and lethargy and seem to be at the top of people’s lists.  This was blatantly obvious from walking through the aisles and talking to various practitioners and something I can confirm from my own conversations with customers.

When we ask people about why they want to try our products, a better energy level is the reason  that comes up most often.   Between a busy work schedule, fussy relatives and the omnipresence of fast food joints, it’s often hard to find sustainable energy easy to come by.  The standard for most people is to fill up on coffee and crash at the end of the day, but people are increasingly looking for a better alternative.

Too much caffeine gives you the jitters, and all too often caffeine masks the root cause of lethargy which is poor health.  Low energy is often a proxy for a nutrient deficiency of some sort.

The most important components of low energy are beyond the scope of supplements.  A good diet, healthy weight, and plenty of sleep drive the feeling of vitality.

But when it comes to the world of powders and pills the problem is being tackled in three different ways:

2).  China is the Pink Elephant in the Room

The presence of china in the supplement industry is a living, breathing paradox.

On one hand, they’re the proverbial whipping boy that everybody’s looking to pile on in order to make themselves look better.  You see it all the time.  I’m almost always greeted by vendors who’ll advertise themselves like this:

You could go with those other guys, but we do everything ourselves.  Those other guys could just as easily be shipping in cheap crap from China.  How are you gonna know?!

It’s also an unspoken rule that no piece of marketing material is complete without taking the time to prop yourself up by positioning yourself against lowly foreign importers.

If I talk to someone long enough I can almost bank on them eventually laying a veiled insult on our neighbors from the orient.

But here’s the rub:  China’s everywhere, and not just in an insidious “Us vs. Them” sort of way.  Despite uneasiness about ingredients being transported long distances, global sourcing remains a necessity for the majority of products, and something coming from China doesn’t automatically equate to being low quality.

China’s biggest companies have come to parallel those in Europe and the US in their sophistication, and they’ve earned the good graces of most of the world’s regulatory agencies for their attention to quality.

So there’s good China and bad China but no one wants to admit it.  Through the front door it’s hip to bash them as outsiders who care very little about product quality and exist solely to rip off unsuspecting westerners as efficiently as possible.  In the backdoor China is usually embedded in the production process in some way, whether it be for ingredient sourcing (there are many herbs like ginseng that grow natively in China better than elsewhere in the world), raw materials like bottles, or research and development.

But when you go to industry events Chinese companies aren’t treated like the “In Crowd” and their presence  makes it feel like a large family reunion you go to every five years.  You have your close group of relatives that you’re used to seeing and conversation is free flowing and natural.  And then you have your estranged cousin Lenny who’s trying really hard to acquaint himself but for some reason you just can’t warm up to him.

On an important level you know he belongs and so you can’t exclude him, but for some reason it just doesn’t seem right.

Locavorism is becoming a popular concept and I see it being used more and more in various natural products.  Given the types of ingredients that need to be used in natural products and how they need to be processed I think putting the two concepts together is an oxymoron for a lot of different products.

Many of them can’t be grown in large volumes on North American soil.  This isn’t just true for esoteric novelties that are added in trace amounts to give a supplement a false sense of pizzazz, but for a lot of the most popular ingredients frequently bought in over the counter supplements.

Popular ingredients such as acai, ginseng, chia seeds, bilberry, and papaya need growing conditions that are only possible in foreign locales.   To only use local ingredients is to handcuff yourself in the types of ingredients that can be used.

And that’s using a very broad definition of “local.”  If you want to tighten the screws so the word means the same thing as it does at your local farmers market then the concept of a supplement that’s locally sourced becomes really difficult.  Pomegranates are only grown in California.  Wheat and its grasses are grown in the midwest.  Oranges are grown in Florida and so on.

If you limit yourself to the ingredients that can be sourced within 250 miles of where you live the number of products you can make is vanishingly small.

And this doesn’t include the obstacles of dehydrating the ingredients, extracting them, sending them to blending facilities, or shipping them to distributors or grocery stores.

Any way you slice it a lot of food-miles are going to be involved.  Local food is a nice concept, but its application should be limited to the produce you buy.

4).  Heavy Metal Toxins Are The Next Big Issue in Product Quality

There have been a few scares about this in the news recently, and the presence of heavy metals in finished products is becoming a bigger concern among the public.

A large portion of the quality control process involves consistent testing at each chain link in the production process.  If you order acai berry extract from a farm in the Amazon you have to test for its purity once it arrives in port and discard some or all of it if it looks contaminated.  When it arrives to the blending facility you do the same.  Once it’s put into the bottles you need to do it again, and siphon off impurities as needed.

There are standards for how much heavy metal traces are allowed in products but it looks like oversight in this area is ramping up and everyone’s preparing for enhanced testing both as a means to ensure product quality and as a marketing tool for consumers concerned about metal contamination.

5).  Nutraceutical Companies Are As Concerned About Their Intellectucal Products as Their Physical Ones

Despite brokering physical goods, more and more supplement companies are looking to corner the market and profit off of their intellectual property.

This is a trend that’s slowly seeping into all sorts of industries and the supplement industry is shaping up to be no different.  Fruit and vegetable powders are great to a consumer but lots of suppliers and manufacturers are terrified of turning into a commodity and are always scrambling to find a way to stand out.  Often the best way to differentiate yourself is by collecting a basket of intellectual goods which you can use to rent out to larger companies and use to justify pharmaceutical like functions, even if you can’t quite market them that way.

Not a direction I’m heading in myself, but the industry as a whole seems to be inching closer and closer to a subdivision of the pharmaceutical industry  and it’s becoming the standard MO for a lot of different companies.

I think there are very pertinent questions of whether or not the presence of all these patents really represents progress, and in my own experience owning intellectual property is like owning a lottery ticket to get sued so it’s really not something that excites me.  But nevertheless it’s the direction the industry itself seems to be headed in.

Sourcing can be complicated, but also a lot of fun.  The only way to do it well is to craft functioning relationships with other people who are passionate about health and its the bedrock of all your future success.  And despite consistent buzz about enticing new opportunities, I’ve always found that it’s best to be old-fashioned.

2 thoughts on “The Secrets of Sourcing: 5 Insights From the Ingredient Marketplace”