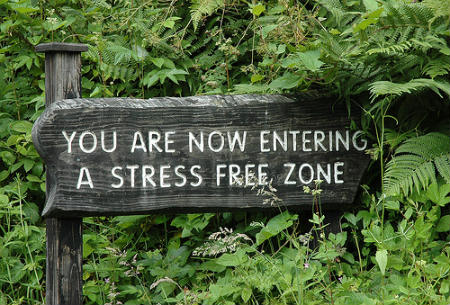 I like to keep my life as uncomplicated as possible, but sometimes a little complexity is a necessary side effect of pursuing other goals.

Ie, I value simplicity but I also value economic mobility, admiration from the opposite sex, having interesting work to do, and a few creature comforts, among other things.

Ideally I’d be able to pursue all of these without any conflicting agenda, and I think I could if the agendas of my social relationships were more closely aligned with my own.  If all my friends and co-workers valued the same things I did then simplicity would be pretty darn easy.

But for me it never works out that way so I have to trade simplicity for other goals.

And somewhat ironically, engineering simplicity out of diverse tradeoffs can  be very complicated.  However a post from Leo Baboda articulated very well how to minimize complexity in your life, all else being equal.

Allow me to piggyback off of him a little bit.

A Simple Rule To Guide Your Actions

If you’re ever overwhelmed by choice here’s a good heuristic to stick to:

You’re not missing out.

Constantly being in touch is nice, but it creates a misconception about how exciting other people’s lives actually are.  Despite exotic pictures and constant reminders of the awesome times everyone is having at the beach and nightclubs, social information is little more than an identity multiplier.  The most interesting 1% gets magnified and blasted out to the world.

Good Ideas, Things To Do, and the Tragedy of the Anti-Commons

If you have an abundance of the former and not enough of the latter then you’re left jousting at windmills, since the world is seemingly at your fingertips but you can’t quite figure out how to incorporate all the stuff to do out there in a way that actually makes you happy.

The numerator is highlighted and clearly visible and the denominator is tucked away in the dark, tantalizingly out of sight.

By being able to take a magnifying glass to the most interesting 1% of everyone’s life it’s hard to put away the tempation to always be out doing the next exciting thing.

But the truth is……you’re not missing out!

There’s always something interesting going on, but it’s not just the absolute excitement of an event that makes something fun, it’s the contrast between the slow times and the fast that makes both more enjoyable.

When it comes to good times eventually 1+1+1=0. Everyone’s margin is different, but everyone has their filling point.  Your head can only hold so much of one thing at a time, including temptation and excitement.

Understanding that opportunity is always coming and going has made it much easier for me to walk away from things when I need to so I can preserve the ability to order my life in ways that I see fit.

I think for most everyone more simplicity is better, but the problem is that it’s often a conflicting agenda with our other circumstances.

But a strong belief in the power of “You’re Not Missing Out” makes it easy to maximize whatever capacity for simplicity you presently have in your life.