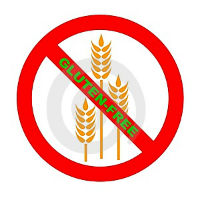 Gluten free eating is the diet meme of choice right now, but the tone around gluten is becoming sensationalistic.

About 1% of the population has Coeliac’s disease, an autoimmune disorder that’s triggered by gluten, and those people definitely ought to avoid it.

However, for the rest of the population that’s using gluten-free as a guide to making health decisions, there are much better proxies for food quality.

An article in Time has a good synopsis of the problems with diagnosing gluten intolerance:

But the authors of the commentary, celiac researchers Dr. Antonio Di Sabatino and Dr. Gino Roberto Corazza of Italy’s University of Pavia, question that figure, noting that there’s no official data on the prevalence of nonceliac gluten sensitivity, nor is there any consensus among doctors about how to diagnose it.

Why Is Gluten Intolerance Rising?

It’s true that the prevalence of gluten intolerance is going up, but there are important caveats to this statistic:

1). Part of the increase is because more people are looking for it.

2). There’s a strong placebo affect in patients who identify themselves as potential allergen victims.

3). Allergic reactions are going up for all allergens, not just gluten. This has been a steady trend since the 1960’s, ever since we started handing out questionnaires asking about this sort of thing.

With regards to point 3, it’s hard to tell how much of the observed effect is psychological, and how much is due to pollutants/toxins in the environment and food supply. It’s probably a bit of both, which become self-reinforcing.

However, if that’s the case, the best way to get around that dilemma is to fix your diet, which goes beyond eliminating a single ingredient.

4 thoughts on “The Case Against Gluten-Free Continues”